As long as I can remember, I’ve always been attracted to a healthy lifestyle and nature. I’ve played sports and exercised since my early teens, ate a healthy diet, read publications that would tout natural foods and herbs over mainstream pharmaceuticals as medicine and integrated these practices since the early 90s. I would read and then, I would apply. However, my origins in bodywork and my serious application and practice of holistic health and wellness resulted from an event that was way more surreal. 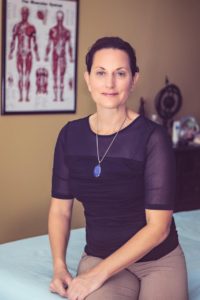 I’m Kim Gilbert and I AM a healer. I’ve healed and continue to heal from painful losses.

In December 2002, my husband was involved in a car accident, a car accident in which he believed he had incurred very little injury. In the weeks following this jolt, he began to complain about an escalating amount of radiating lower back pain. The pain was becoming so severe that he could barely sleep at night. When his worsening pain wouldn’t subside, I asked him to get x-rays in order to see if he had injured something that he was unaware of. With continued concerned prompting, he finally acquiesced. The day he went for x-rays and what the subsequent tests revealed would forever change the course of my life. He had stage IV unknown primary cancer and had only six months to live.

I’m Kim Gilbert and I AM a bodyworker. I know anatomy, physiology, energy medicine and release techniques and most importantly, I know and trust in your body’s ability to heal itself, to keep itself in wellness and out of dis-ease.

After the initial disbelief and shock began to lose its numbing effect, I began researching all of our options. There was the traditional western cancer therapy protocol including surgery, chemotherapy and radiation and then there was an alternative approach which included practices like detoxification, eastern medicine practices, supplementation, diet and prayer. At the urging of the “had to start this yesterday” oncology team position and their directive that “you’ve got to make the first choice your right choice,” he began the most extreme of chemotherapy regimens. Within months, the chemotherapy treatment would break his body down to something almost unrecognizable. On the side, I had already begun researching and we began applying alternative medicine treatments on our own. With my husband’s approval, I had developed a complementary treatment protocol to strengthen his body’s own innate healing potential. From my research, he took all the recommended cancer-suppressing supplements, consumed a macrobiotic diet, juiced with detoxifying combinations twice a day and drank meticulously made homemade Chinese tea combinations sent from a Doctor of Oriental Medicine who practiced just outside of Berkley, CA– she came at high recommendation from many online cancer message boards. I was doing everything in my power not to lose him because he was my heart and soul.

I’m Kim Gilbert and I AM a visionary, I see you being the best that you can be.

After five moves to five different cancer centers throughout the U.S. and all of our applied alternative therapy, he passed away in December 2002– one year to the month from his initial diagnosis in Denver, Co. We had gotten him six more months of life than his first prognosis. I left no stone unturned, but in the end, we didn’t win the battle and his journey was no longer here on this earth. I lost my soul mate and the love of my life and I had no answers as to why this had happened. Even a post-mortem autopsy from Yale University in Connecticut, couldn’t tell me what kind of cancer it was or how long it had been there. In exactly one year, I went from “having it all” to being completely leveled and crushed.

I’m Kim Gilbert and I AM a channeler, I choose to be a channel of God’s divine love and healing energies.

For fear if I stopped moving I would just collapse and within days of his passing, I jumped into reading as much as I possibly could in my attempt to understand the mysteries of life and death. I read about grief, healings, the Auric field, chakras, the body, the soul’s journey, past lifetimes, intuition, the Akashic records, our sacred contracts with one another, the energetic roots of disease and the list could go on and on. I went through books like most people drink glasses of water in my attempt to understand why we had to experience so much pain.

I’m Kim Gilbert and I AM a nurturer, I want you to feel comfortable and safe.

In 2003, about four months after my husband’s passing, in order to learn how to fly single-engine airplanes, I moved to Florida from Connecticut. Learning to fly was a desire that began years before his diagnosis. That first year following his passing, it was the only thing that I looked forward to. It helped me hold onto life. After getting my private pilot’s license and while working as a concierge at a private FBO airport facility, I went back to higher education to pursue my second degree in Journalism and Mass Communications at the University of South Florida, St. Petersburg. As I was healing from this tremendous loss, I still continued my awakening in a big way and evermore, turned away, as much as you can, from the western medical practices that I felt had sickened my husband faster than his cancer had. If I was into natural cures back in the early 90s, by 2005 I was completely immersed in it. Another real catalyst in my “healer” journey came in 2004 by way of a spontaneous introduction at a Christmas party. A friend had introduced me to an amazing local healer in Clearwater, FL who was an experienced Craniosacral Therapist and energy worker. I began to see her as my therapist and with monthly sessions, she kept my body from getting sick as I continued to clear considerable amounts of unthinkable grief. She would work on me; I would ask lots of questions. All these experiences were eagerly followed up with diligent research on all that she had told me. I would read about how the body and subsequent energy “body” stores and responds to emotional suffering and how modalities like Craniosacral therapy and energy work could help manage those burdens and lessen the emotional impact on the body and spirit. Now I was the one in need of healing, no longer was it my husband, and I was doing my own research for me. From almost the beginning the amazingly gifted healer, Anne, told me that I was a healer too. As time went on, I began to practice what she would show me and what I had read in my studies on friends and family. They would actually report back the benefits they had received from my “apprentice-like” attempts at bodywork and energy work. They would tell others to see me. As a charitable hobby, I practiced like this for about five years outside of my main job. I volunteered with hospice for most of those years working to hone the Reiki craft and sharpen my skill.