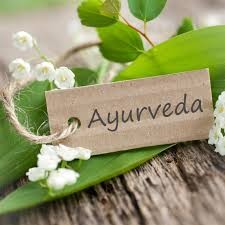 Ayurveda is India’s 5,000-year-old, quite possibly older, medical system that’s practiced for the maintenance of health and the prevention and treatment of disease. Ayurveda was created out of the laboratory we call Nature. It was the first holistic medical approach addressing body, mind and spirit.

Ayurveda translated means the “science of life.” It is based on ancient myths and theories as they apply to natural medicine (herbs, oils, foods, seasons and cycles) your body’s Dosha or combination of Doshas, the five elements of Earth, Air, Fire, Water, Ether (Akasha) and the four directions (North, South, East and West). The fifth element Ether a.k.a Akasha is in reference to the Akashic records. For those that are unfamiliar with the term, the Akashic records are God’s Book of Remembrance which connects this element to the concept of spirit.

Here, I want to discuss Ayurveda’s Doshas and the progression of disease through the body according to the teachings of this ancient Indian Shamanic healing practice. In Ayurveda one’s body type can be classified into one of the three Doshas: Vata, Pitta, or Kapha. Your dosha represents your makeup both physically and psychologically. Usually, one dosha is primary and supersedes all others. Some people can be almost entirely one Dosha. However, I believe most people are a mix of all three doshas with varying degrees of influence. Vata is wind and is usually identified by such characteristics as a small/petite frame, thin, creative, talkative and prone to anxiety and worry. Pitta is fire and is usually identified by characteristics like medium/average frame, strong, intense, controlling, intellectual and prone to excess heat in the body. Kapha is water and some of its characteristics are large frame, muscular, sedentary, calm and prone to searching for happiness outside of oneself.

As I stated above, most people are primarily one dosha with a little bit of the others mixed in. I’m down the middle, almost half and half with a sprinkling of another. I’m mostly Pitta with quite a bit of Vata thrown in and a sprinkling of Kapha. Find out what your Dosha is by clicking this link below and answering a series of questions. You can then research helpful hints for heath and well-being based on your Dosha. https://www.joyfulbelly.com/Ayurveda/assessment/Dosha

I always emphasize and teach about mind-body medicine and the body’s ability to heal itself. This is in line with the Ayurveda teaching that disease begins, first and foremost, in the mind. (Vanha- all disease starts in the mind) The mind is the origin of disease. The three poisons of the mind are anger, fear and attachment/desire. The ego brings us anger, fear and attachment/desire. Attachment and Desire can be linked to relationships, new job, new car, better house etc. etc.

Once disease roots itself in the digestive tract, it continues onto the liver and from there imbalance moves through the blood. With regard to women and their reproductive system, the blood stage, in the advancement of disease, is where you begin to see issues with disruption and irregularity of the menstrual cycle. It’s also the stage where the skin begins to show signs of the disorder.

Once in the blood, disease moves into hollow organs (kidneys & lung) and then onto the solid organs of the body such as pancreas, muscle and bones. Then after solid organ involvement, death eventually follows.

For optimum results in disease prevention and treatment, the emphasis is on stopping the disease process in its first two stages: first, in the mind and then from there, in the digestive system. If disease is treated here, in these first two stages, it’s unlikely to have further progression and if it has already moved onto advanced stages of involvement, up to 40% of disease process can be reversed and healed by treating the mind and digestive system alone.

But in Western Medicine once you’re at the advanced treatment stages, drugs and surgery, the standard protocol can induced lots of other complications. Disease has inertia. When you’re at beginning stages of disease, herbs used can be used. They’re weaker or gentler, but are highly effective at the origin/root stage, but when you need to stop death, pharmaceuticals have to be stronger. To its detriment, Western medicine/science lacks the poetry needed to use herbal medicine effectively in these beginning stages of disease and beyond. It is a dance that Western Medicine has not yet remembered.

As a side note–I do not negate western medicine in its entirety, but what I do believe is that in today’s world, it takes more than one approach to keeping us healthy and fit. This world is ever more competitive and we are experiencing stressors like never before. You have to incorporate spirituality, nutrition, bodywork and effective medicines with the least amount of side effects to help the body heal.

Okay so let’s nip disease in the bud by healing our minds and digestive systems. Look for ways to calm and strength the mind with things like herbs or supplements that reduce anxiety and “monkey mind”, daily meditation and/or prayer, exercise and reducing stressors that make us unhappy and let’s support and heal our digestive systems with things like probiotics, Glutamine, an Ayurvedic herb called Triphala or the three fruits that repairs the lining of the stomach to be taken before meals followed by another Ayurvedic herb called Trikatu or the three pungents that aids in digestion and should be taken with meals. Always consult with an Ayurvedic practitioner before starting any regiment. Use these resource to find a reputable practitioner near you https://aapna.org/   and https://www.ayurvedanama.org/

And remember, find out your Dosha. The more you know about your body, the better choices you’ll make for YOU.